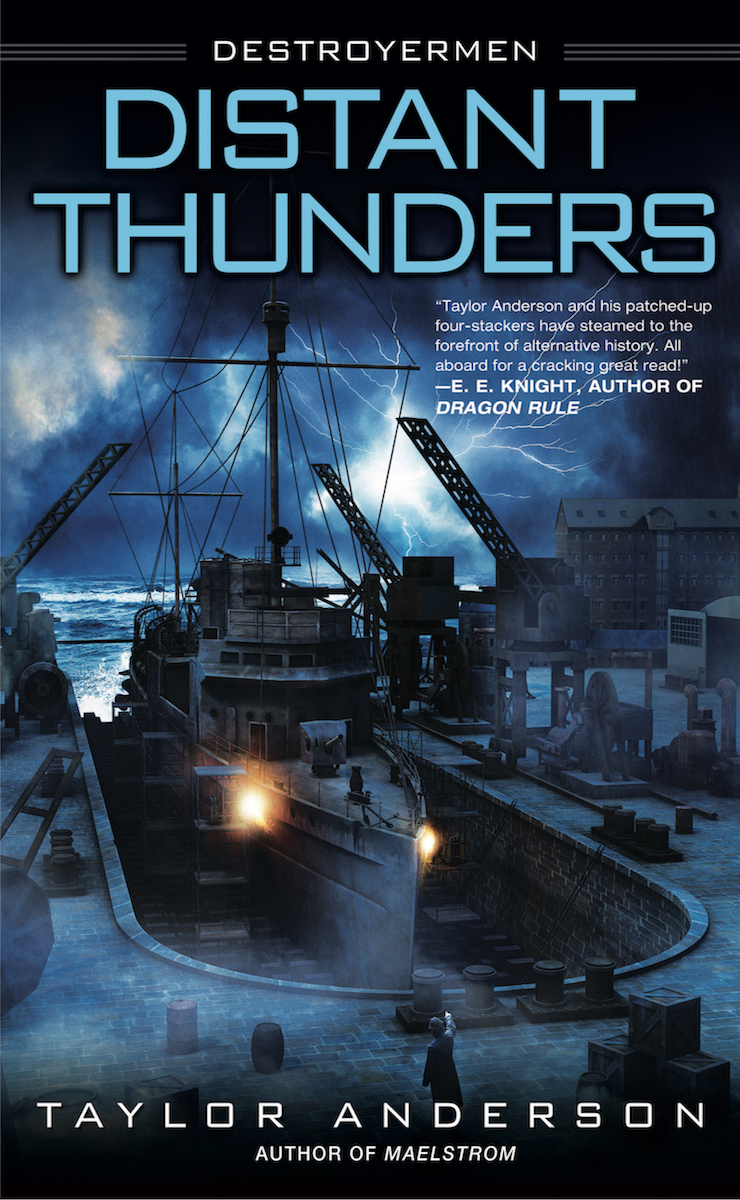 The fourth thrilling adventure in the Destroyermen series.

After the battle in which the men of the destroyer Walker and their Lemurian allies repelled the savage Grik, Lieutenant Commander Matthew Reddy is shocked by the arrival of a strange ship captained by one Commodore Jenks of the New Britain Imperial Navy-an island-nation populated by the descendants of British East Indiamen swept through the rift centuries before.

With the Walker undergoing repairs, Reddy already has a great deal on his hands. For the Grik will return, and Reddy will need all hands on deck to fight them off when they next attack. But Jenks’ uncertain loyalties make Reddy question whether he can trust the man.

As tension between the Allies and the Imperials mount, Reddy will come to realize that his suspicions are not misplaced-and that a greater danger than the Grik is closer than he ever suspected…