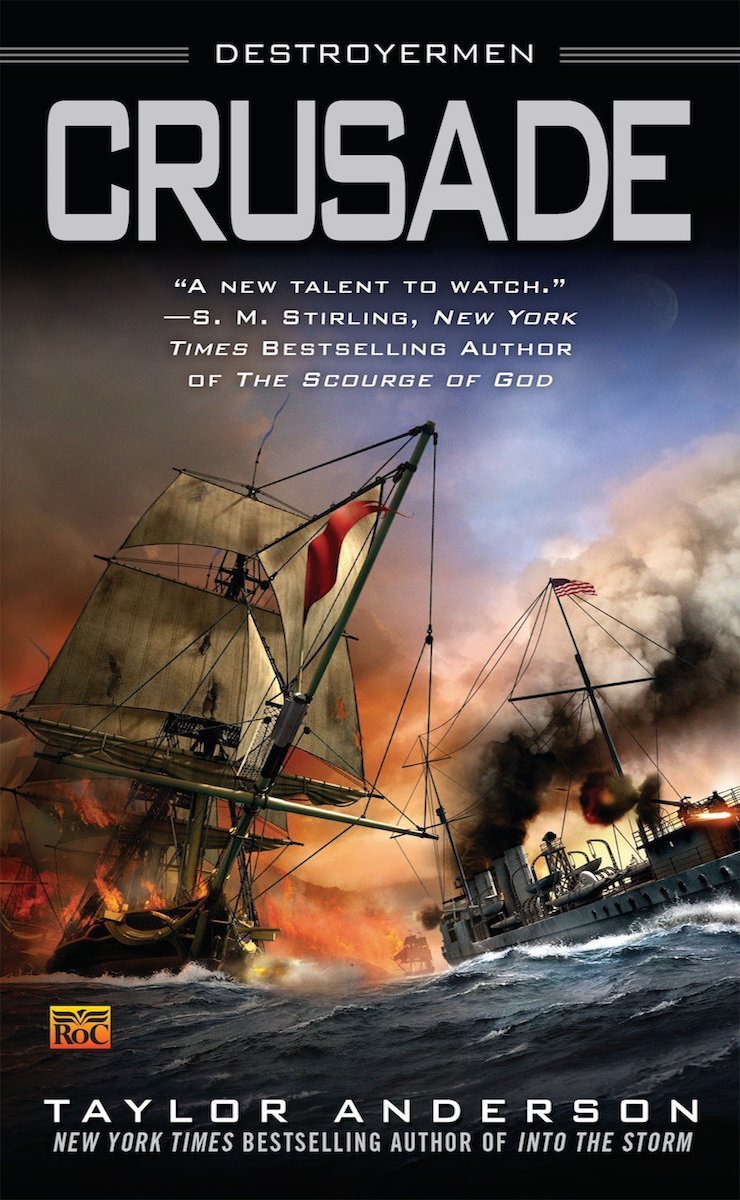 The ‘gripping and riveting’ ( S.M. Stirling, author of The Scourge of God) Destroyermen saga continues.

Lieutenant Commander Matthew Reddy, along with the men and women of the USS Walker, have chosen sides in a war not of their making. Swept from the World War II Pacific into an alternate world, they have allied with the Lemurians – a mammalian race threatened by the warlike reptilian Grik.

The Lemurians are vastly outnumbered and ignorant of warfare, and even the guns and technology of Walker cannot turn the tide of battle. Luckily they are not alone – Reddy finally finds Mahan, the other destroyer that passed through the rift. Together, the two American ships will teach the Lemurians to make a stand. Or so they think.

For the massive Japanese battleship Amagi, the very ship that Walker was fleeing from when the rift took them, has followed them through. And now the Amagi is in the hands of the Grik.